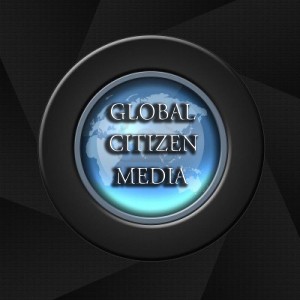 For the past six months, I have been working in collaboration with the Ponheary Ly Foundation in Siem Reap, Cambodia. After repeated successes here with short ‘Tell Your Own Story’ workshops in 2011-12, I returned to develop and deliver digital literacy and media production curriculum to the PLF-sponsored high school students. It’s been an incredible 1/ 2 year of experimenting with teaching visual storytelling and internet skills to these students in a dusty, corrugated tin-roofed classroom. And, it’s lead to my next project: Global Citizen Media. 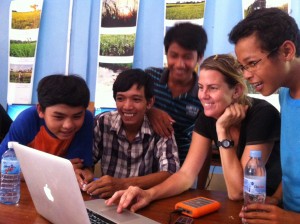 This past week, temperatures were over 42 degrees celsius (110 degrees fahrenheit), but it didn’t diminish the enthusiasm in the room as we published, student by student, their first WordPress-based websites and blogs. Before pressing ‘Publish’ on each account, I asked the student, “Are you ready to share your ideas with the world?” “Yes,” each one answered. And after pressing, ‘Publish’, the room erupted in cheers. And the look of pride on the students will stay with me for a lifetime.

What I’m doing is not difficult. It only requires meeting the students where they are. The are eager. They are ready. They are capable. They just need a little bit of education around the technology, effective storytelling, and understanding a global audience. No matter where I lead them, they follow, and exceed my expectations every time. More on that later, but for now, I am asking for your support:

I want to commit another year to training Cambodian teachers and developing production skills for these young Cambodians. I want to expand the project to other locations and participants. You can help by making a tax-deductible donation to Global Citizen Media on my IndieGogo campaign page. All donations directly support my work. Please share the video and IndieGoGo campaign with friends.

After ten months of traveling, I have returned home to New York City and Baltimore to visit with family and friends, visit with schools with whom I’ve skyped during my travels, and get a slew of medical check-ups before heading back to Cambodia in October. I’m not going back to my Digital Thinking teaching and Technology Curriculum Coordinator position at Garrison Forest School. Instead, I’m going to continue on the road as a Global Educational Correspondent for Garrison Forest School while continuing to teach underserved students and communities in SE Asia and Africa how to harness digital media as a way to join the Global Discussion. I’ve left a steady paycheck, my house, a community of friends I love, and the comfort of the known. Yeah, there are moments I awake in the night and think, what AM I DOING?!…  END_OF_DOCUMENT_TOKEN_TO_BE_REPLACED

While in a minivan taxi to the Malaysian border back in January, I met a fellow traveler from Spain. After sharing my experiences of teaching video production to students in Cambodia, Jose told me about a Spanish organization that collaborates with Burmese refugee schools in northern Thailand. Perhaps they might be interested in having some of their students participate in a similar project, he suggested. Several emails and two months later, I arrived in the border town of Mae Sot, home to an estimated 200,000 refugees, to meet with Mery Viladecas Pascua and Javier Garcia from Colabora Birmania about offering a ‘Tell Your Own Story Project” video workshop to students at School 42KM.

END_OF_DOCUMENT_TOKEN_TO_BE_REPLACED

I have spent an excellent four days in Moscow. I was introduced by officials at UNESCO to School 1329. Everyone was so welcoming. I received a tour of the incredible building (including TWO swimming pools and a boxing arena) and met with an English class. I will post more when I arrive in my next country (I will be without internet until then). In the meantime, a message from the bright students at School 1329

See you next week!

Right now, the Traveling Teacher is in New York City preparing for the first flight of her trip!. She is busy applying for travel visas, buying plane tickets, and deciding where to go first.

Using the clues below, can YOU guess where the Traveling Teacher is going first? Leave your guess in the comment box below. (Remember, no last names for students.)  If you enter the correct answer by Sept. 20th, you will receive a postcard and be entered to win a Classroom Skyping Session from the Traveling Teacher at her  first stop!

View TravelingTeacherBlog in a larger map

2. This country is home to about 120 different ethnic groups; more than 100 languages are spoken.

3. This country is the largest country in the world, occupying 1/10th of all of the land on Earth.

4. This country’s capital city is located along a river and has FORTY-NINE bridges.

5.  This country’s capital city has more billionaires living there than in any other city on earth.

6. This country is home to the world’s largest cat. The cats can weigh up to 600 pounds!

I am teaching myself how to build this site using WordPress. Right now, I’m testing out how Categories will manifest itself throughout the website by embedding a video from my Vimeo site. This video was created by Hallie A., one of my former 7th grade Digital Thinking II students for the end of the year project “Voices From Young Women“. This video makes me smile so much because Hallie successfully executed such an incredibly simple, yet poignant concept. I admire and will really miss my students as I travel! But,I hope to help students around the world create similar videos for the project.

So, back to scrapping and clawing my way through this WordPress site…

Although I teach technology, my strength is NOT in programming or building websites. I am very much a self-taught filmmaker and technologist. I also learn A LOT from friends, colleagues and, yes, strangers.

One of the most exciting things about the internet for me is the possibility of meeting, collaborating with, and learning from other people around the world. YES, there are dangers, and I am very much aware of how much information I share. But, the amount of How To video tutorials that exist amazes me. I was also fortunate to find the Baltimore WordPress Meetup where I met my friend Jim who got my learning off the ground. So, as I claw my way through building this site, I am still learning. There will be mistakes. What I’m saying is that if I can figure this website building stuff out, ANYONE can do it. Just start…

I leave for my travels in less than three weeks. Creating this site and just writing this blogpost is getting me so excited to start the trip. I’m really looking forward to the people I’ll meet and schools I will visit. I believe the traveling is going to show me a whole lot of beauty in this world.