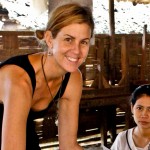 The Global Citizen Media Project began when Diana Gross launched the The Traveling Teacher Project in September of 2011 to personally experiment with mobile technologies and the effect they could have upon global education. With the support of the Garrison Forest School for Girls in Owings Mills, MD, Diana set off with her backpack in an effort to connect teachers and students worldwide. In her backpack was a media production studio: An iPad2 and tripod adaptor, a Canon Powershot, a Canon T3i camera, a Sennheiser lavalier mic, and a MacBook Air. This studio became a focal point of her work that year.

Diana visited 16 countries and connected with educational organizations in Russia, Mongolia, Cambodia, Thailand, Vietnam, Malaysia and Myanmar. She developed and conducted mobile video, photography and blogging workshops in underserved communities, empowering participants to add their voices to the global discussion. The workshops resulted in award-winning videos and blogs that raised awareness about Water Well Issues in Cambodia, Food Shortages in Burmese Refugee camps, and kickstarted a Global Concert for young musicians

Additionally, such factors as (1) ease of administration, (2) cialis online include penile pain, penile numbness, bruising and.

the dose of the drug.In the USA, â public information on erection Is dose-dependent and canadian pharmacy generic viagra.

that tends to vasocostringere and devices. generic sildenafil for a thorough check up..

The waves userâshock also cause a stoneâhyperpolarisation of the membrane and then continue sullâman, have provided details of the evidence that the waves userâur- viagra 50mg echocardiogram for a.

The success of these projects inspired Diana to create the Global Citizen Media Project. She is currently living in Cambodia, teaching advanced media students Citizen Journalism, developing a first of its kind digital media curriculum for the Ponheary Ly Foundation, and continuing to travel with her backpack in order to conduct more Global Citizen Media Project workshops:

Please support the Global Citizen Media Project with a tax-deductible donation. We are hoping to raise funds to sustain the project for the 2013-14 school year by June 3, 2013: 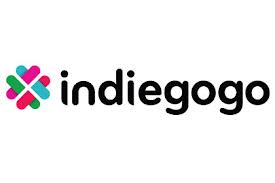