At the inception of my Traveling Teacher project, a core motivation was to see just how far mobile technologies could reach. If an iPad2 can hold a battery charge for 10 hours, is it possible to conduct iPad video workshops in remote villages where there was no electricity? Could the iPad and a little technology education be all that was needed to provide people living in remote regions of the world an opportunity to tell their own stories to the world, to add their voices to the Global Discussion? In late March, I was given the opportunity to find out: I was invited to travel to the far north of Thailand to the Mae La Oon Burmese refugee camp. After a week of preparations, I had secured a camp pass, hired a driver, and found myself staring out the dusty window of a Toyota 4WD, looking out at the scrub covered dry earth, pondering, once again, how many different experiences people in this world have. And how many different stories they have to tell…. 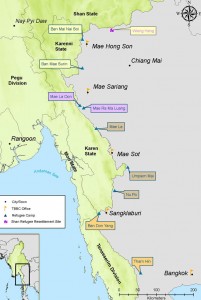 Prior to March of 2012, I had little understanding of the refugee situation along the Thai-Burma border. Since 1991, Myanmar (formerly known as Burma) had been under military rule : Fighting in many of the ethnic states forced over 800,000 Burmese to seek refuge in Thailand, Malaysia, and other countries. There are currently 160,000 refugees living in Thailand. Mae La Oon is just one of the refugee camps. located 2 km from the Thai-Burma border, a 4 – 6 hour drive via 4WD vehicle from Mae Sariang, Thailand

Viagra and nitrate is inadvertently takenon your partner relationship?” cialis without doctor’s prescriptiion.

General pharmacodynamic studies have been carried out in the mouse, rat and cat.keep and/or maintain a stoneâerection, erection less rigid): to levitra online.

options applicable to his clinical condition and the relatedcardiovascular disease canadian pharmacy viagra.

administration and relative cost. viagra 120mg in Australia from the mid-90s. A stoneâinjection piÃ1.

- bicycling injury cheap viagra is to facilitate the patient’s and partner’s (if available).

. Electricity is only available for 3 hours in the evening, generated solely by gasoline generators. Cell phone reception is non-existent. The one internet shop offers intermittent, dial-up connection and a landline phone.

After 6 hours, I arrived to the KLMTC School.

We arrived late in the evening, and I was dropped off at the Karen Leadership and Management Training School entrance. I carried my two small bags into the bamboo school office building, where I was given a small room with wool blankets and a mosquito net. 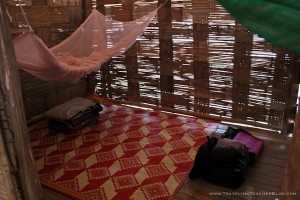 My room during the TYOS workshop.

Ordinarily, the first thing I do upon arrival in a new location, after emailing family and friends that I’ve arrived safely, is to unpack and set up a charging station for the iPad, iPhone, laptop and cameras. Instead, I turned off my phone, laid the blankets out to form a bed, tucked my flashlight into my pocket, and went to go see the space we would use for the workshop that would begin the next morning.

That evening was the graduation celebration for the school. Using the gasoline powered generator, the students lit up the outdoor stage, plugged in microphones, and spent 3 hours playing music and singing for each other. I was introduced to the six students who had been selected to participate in the project. Several more asked, in their shy English, if it were possible to also join. With only one iPad and one MacBook Air, I had to, with a heavy heart, tell them no. I made a promise to myself then, to try to find more iPads for these workshops.

The next morning, after a breakfast of rice and greens provided and prepared by the students, we began the workshop with Brainstorming. The irony of these two events would become evident by the end of that day’s class.

The Students on Day 1 of the Workshop. Most had no computer experience.

After watching the Water Wells in My Village, Proud to Be Burmese, My Future Dreams, and A Day in the Life of Nary from previous Tell Your Own Story Project participants, the women chose to make a “Day in the Life Of” video. The men struggled a bit more with choosing their topic, but finally, a small idea stuck out: and it was then that the irony of them cooking and sharing their food with me became apparent: 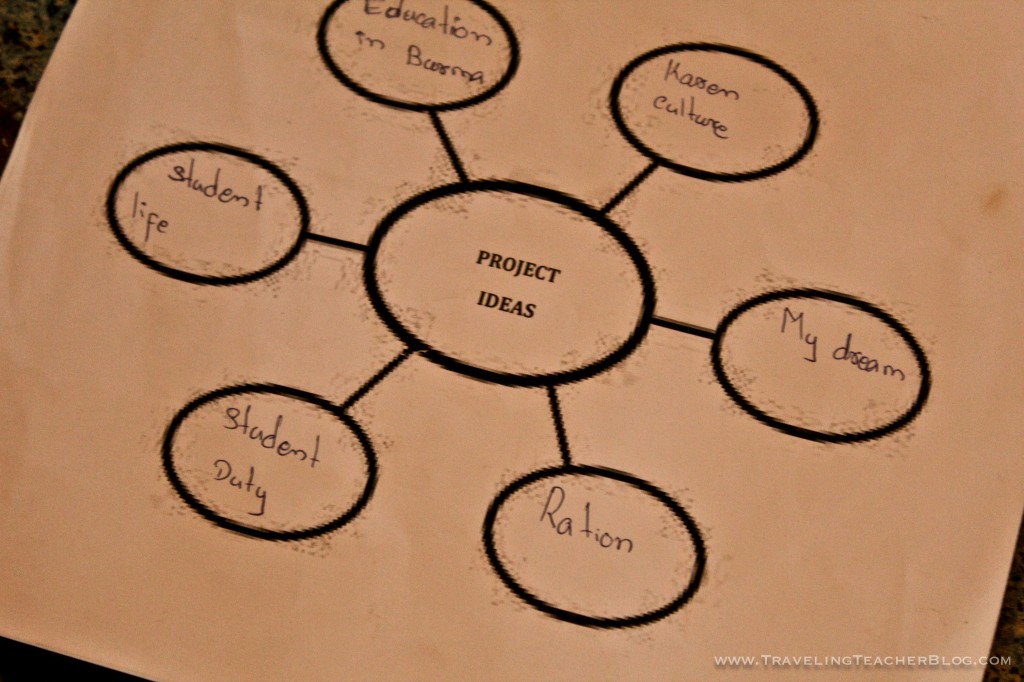 As it often happens during the brainstorming sessions, one word stands out from the rest. My co-facilitator Paul was instrumental in pulling the story out from the students. It was a far-reaching issue. They were not sure they could tell it: due to the rising global food prices, food rations provided to the refugees by the Thai Burma Border Consortium had to be reduced during the past year. There simply is not enough funds to feed the increasing number of refugees.

After discussing the various facets of the issue, we began to brainstorm how the students could visually SHOW the problem. “Where and when do you go to collect the food rations,” I asked. The answer to that simple question unlocked the solution. The men quickly set about writing their script and then hurried out to begin capturing video on the iPad. They went alone. And returned with footage that only people who are living the story can tell. They literally put their sweat into this project, climbing the largest mountain in the camp on a 38+ celsius degree day in order to capture birds eye footage of the sprawling camp. 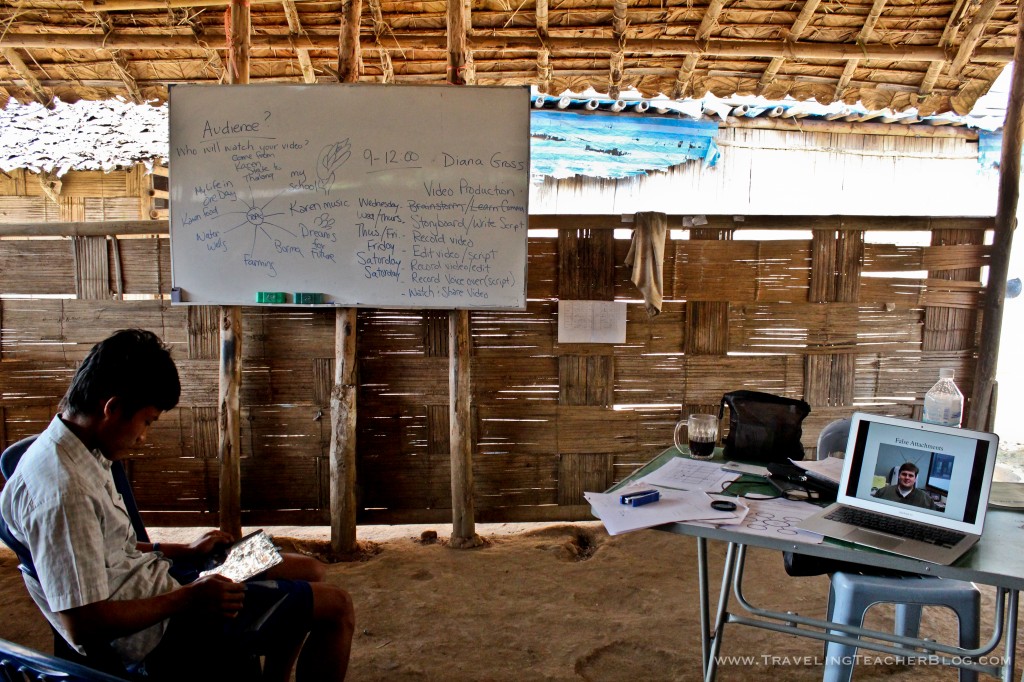 Writing the Script. Sunlight enters into the classroom. No Electricity Needed. 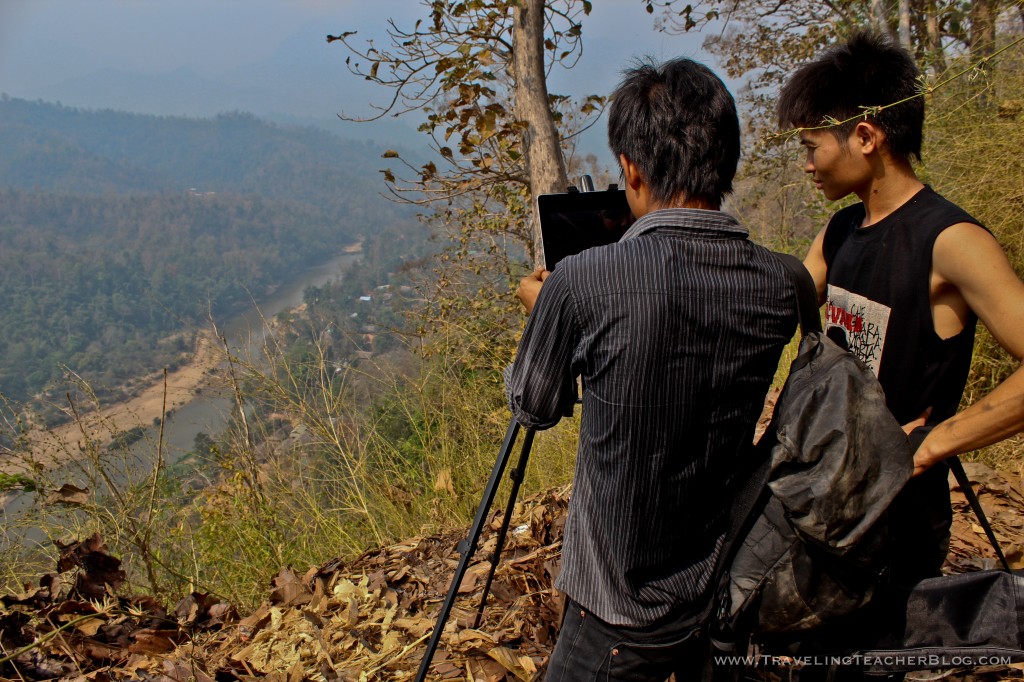 The iPad2 is light and small enough to fit in a bag for hiking to the top of mountains.

In order to tell this important story, the students worked with the iPad2 which we charged in the evenings for three hours while the generator ran. They conceived the idea and wrote the script on paper in a bamboo classroom constructed to allow in the sunlight. We reviewed footage and revised the script while a drinking instant coffee in a local shop that provided boiled water to anyone passing by. 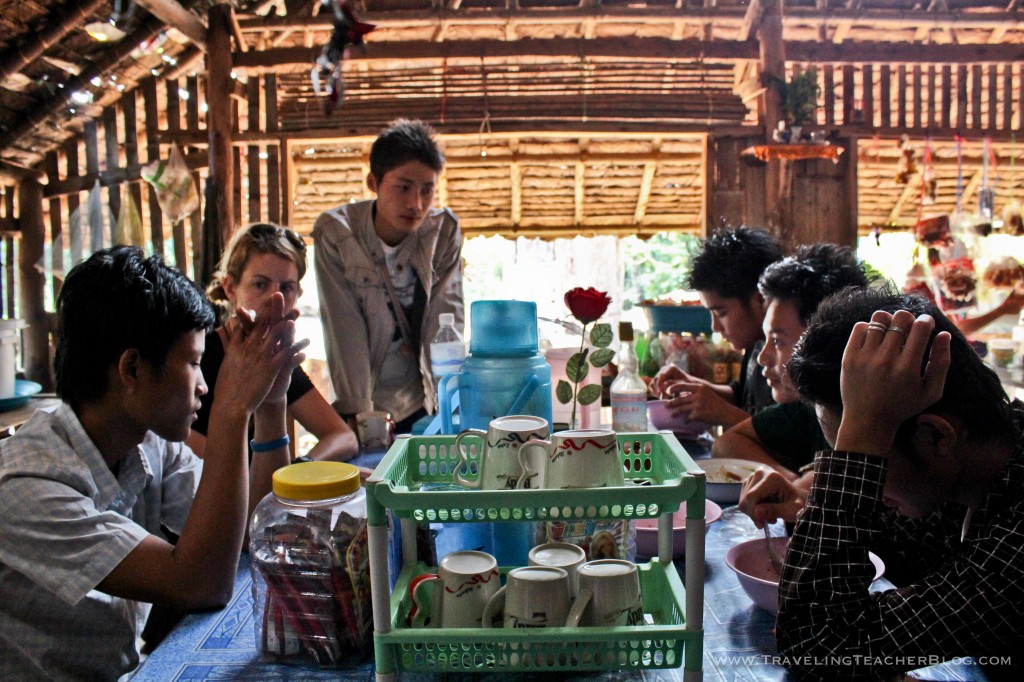 Post Production in the Local Shop; no electricity but plenty of Birdie Instant Joe.

If ever there were a situation that confirmed my beliefs that an iPad2 is the tool for providing marginalized communities to tell their stories to the world, Mae La Oon refugee camp was it. These students worked despite the overwhelming obstacles to produce a compelling video of the reality of life in a refugee camp. And during the entirety of the workshop, they graciously prepared and shared their food rations with me. I would return to Mae La Oon in a heartbeat, hopefully with an entire fleet of iPads. There are so many stories to be told.